Up at 6 AM this morning with a southeast wind blowing 20-22 knots.

Served up a quick breakfast while the rising sun painted the clouds with a soft pink and grey palette. It is with great reluctance that we quit this anchorage. Your correspondent happily remembered camping on Great Sand Cay in 1991 when we set out to find the wreck of the Endymion some 12 miles to the southwest. François declared that he had had the finest day of kite surfing in his life. Megan rejoiced at swimming in this largest of swimming pools with its pristine sandy bottom. Captain Tim enjoyed a long swim including a close inspection of the starboard rudder which proved sound, and Captain Dave kindly ferried people to and from the beach which received its first footprints. 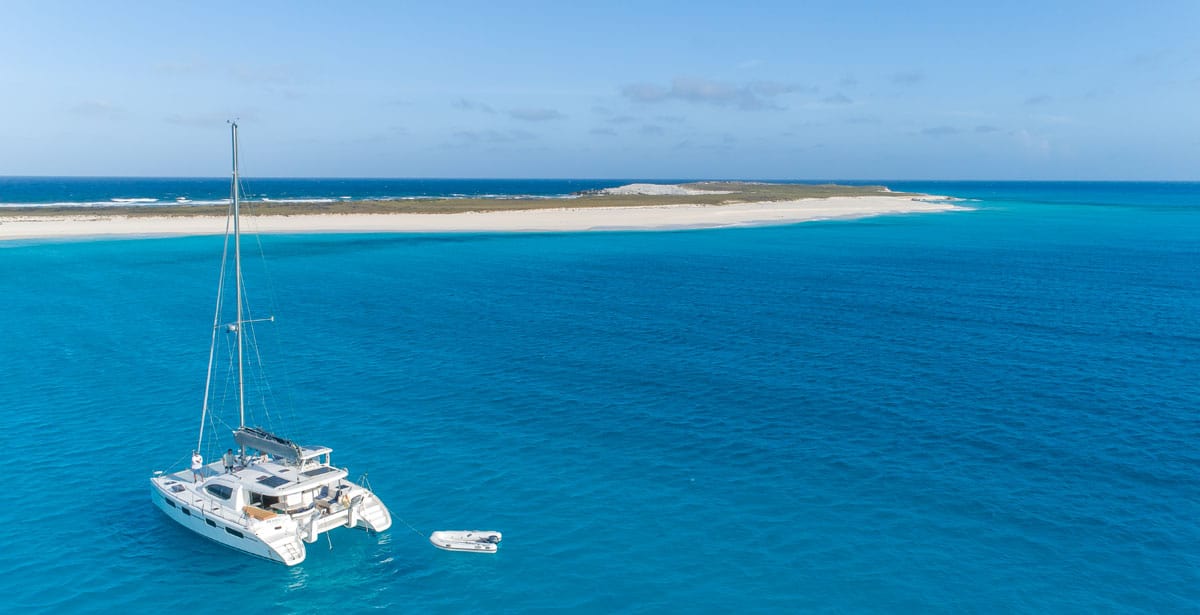 After some three hours of fighting the wind we positioned ourselves five nautical miles east of Pinzon Cay. Slowly we advanced toward the north. Captain Tim remarked that with soundings less than 60 feet it was an easy matter to see large patches of sand between coral rock or turtle grass on the bottom. This corroborates Josiah’s discovery that the sailors saw “a white head of sand” which was the bottom before looking up to see land. The shallowest depth we recorded was 47 feet. As we sailed north at about 6.5 knots we had no difficulty seeing the three islands going north of Pinzon Cay, Pear Cay and Long Cay, which Josiah believes are the three landmarks featured on the 1513 Piri Re‘is Turkish sea chart made from cobbling together charts of Columbus captured in a 1501 raid by his uncle the Turkish Admiral Kemal Re‘is. As we sailed up toward the midpoint of Grand Turk we could see clearly Pinzon Cay, Cotton Cay, Salt Cay, Pear Cay, Long Cay, Round Cay and finally Gibbs Cay, making up the seven islands of the Banks of Babueca identified in the Columbus lawsuit and the History of Bartolomé de Las Casas. At a distance of five miles all the islands presented white cliffs facing east. This illustrates what Columbus’s men saw and called the “White Islands” and which Columbus ordered called “Las Princesas”, because they were the first in the sighting of the Indies. 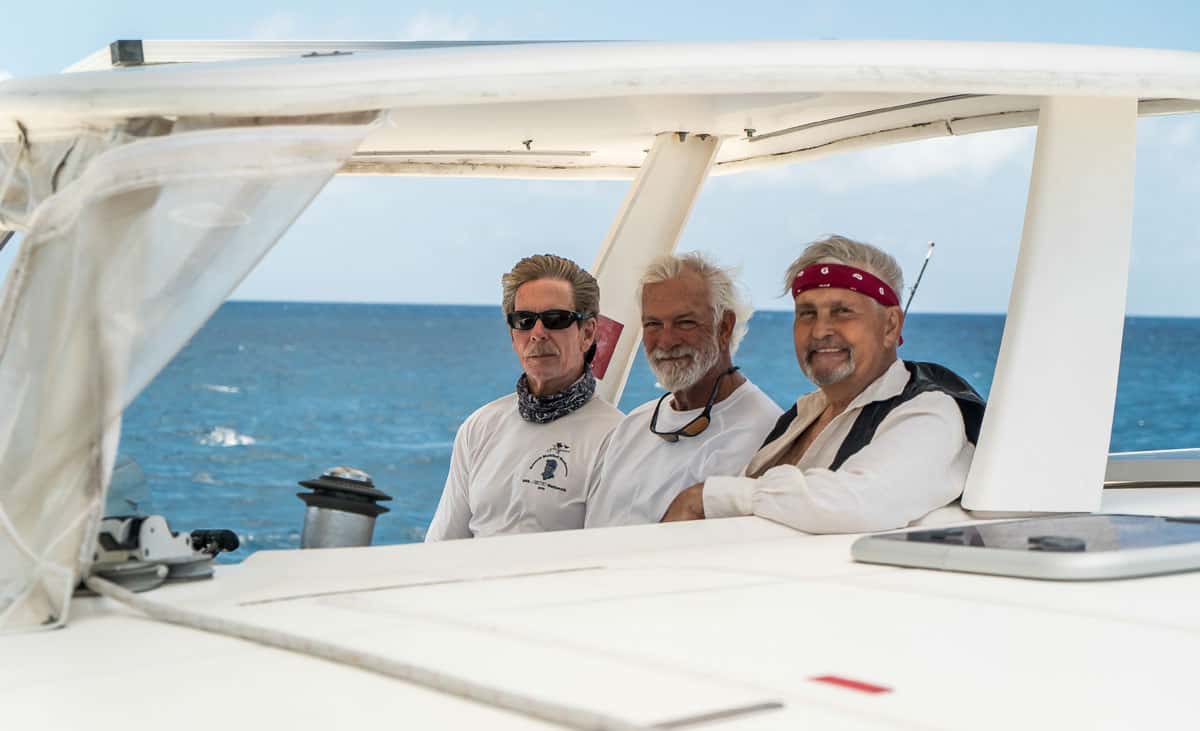 Continuing up the east side of Grand Turk we sighted and sailed around the northeast reef over which the sea breaks very visibly. It was here that a steam locomotive bound for Jamaica was reputedly jettisoned in 1906 to lighten a ship caught on the reef. We also took care to avoid the reef northwest of Grand Turk on which we noted a shipwreck almost entirely devoured by the sea. Following the reef around to the west side of the island, we noted how it curved inward toward land in front of the Bohio Hotel offering an excellent anchorage for Columbus’s three ships. Having sailed for 3 hours from the landfall position to Guanahani Beach on Grand Turk we have shown that the fleet could have easily sailed this route in time to anchor with good light.

We determined by drone that it wasn’t possible to see North Creek in the middle of the island except from a height of 21 metres (70 feet), possibly the height of the crow’s nest on Santa Maria; however, I note that Columbus didn’t mention the pond in the middle until the end of 13 October. Thus he had plenty of time to explore the island just east of this first anchorage and record it as he wrote it up in the evening.

Columbus spent the afternoon of the 12th, the 13th and the morning of the 14th exploring the island 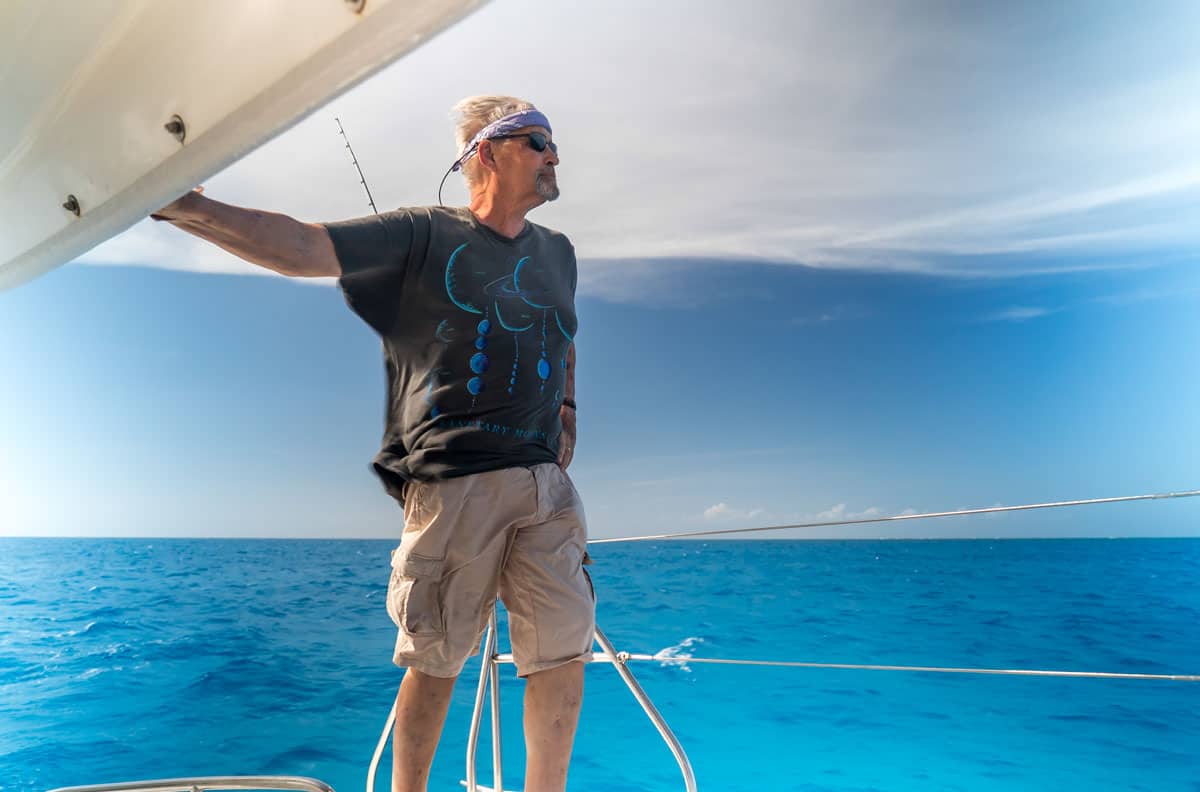 where he first landed. We believe that his fleet departed to the southwest on the afternoon of the 14th to explore other islands after investigating Hawk’s Nest Anchorage. Here he described a place to build a fortress on land which could be cut off into an island. We intend to visit Hawk’s Nest tomorrow.

In all, today has been a twenty-year day, the culmination of twenty years of research, when we consider how everything Columbus described in his logbook conforms with the reality we’ve just seen.