We departed Landrail Point at first light and sailed with a northeast wind on a close reach with a starboard tack past Rum Cay straight to Conception Island. The persistent northeast wind would have made our planned visit to Watlings/San Salvador a grueling headwind battle. 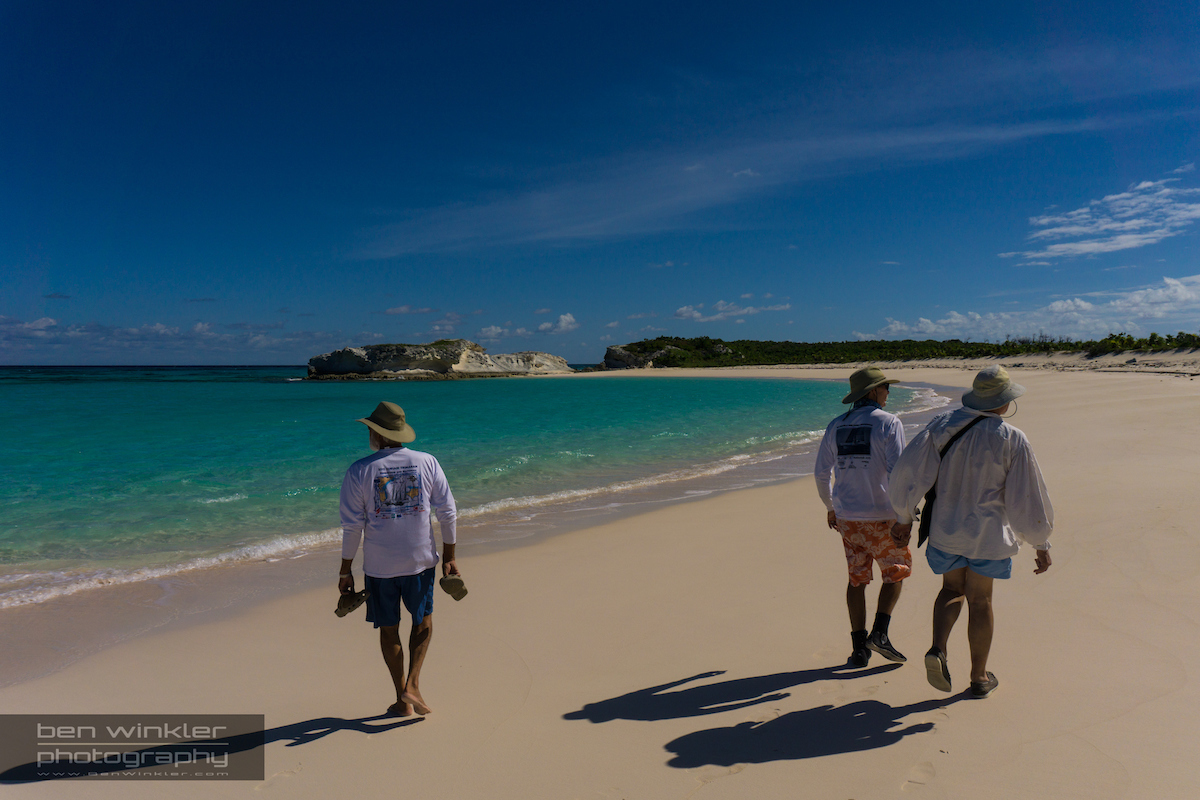 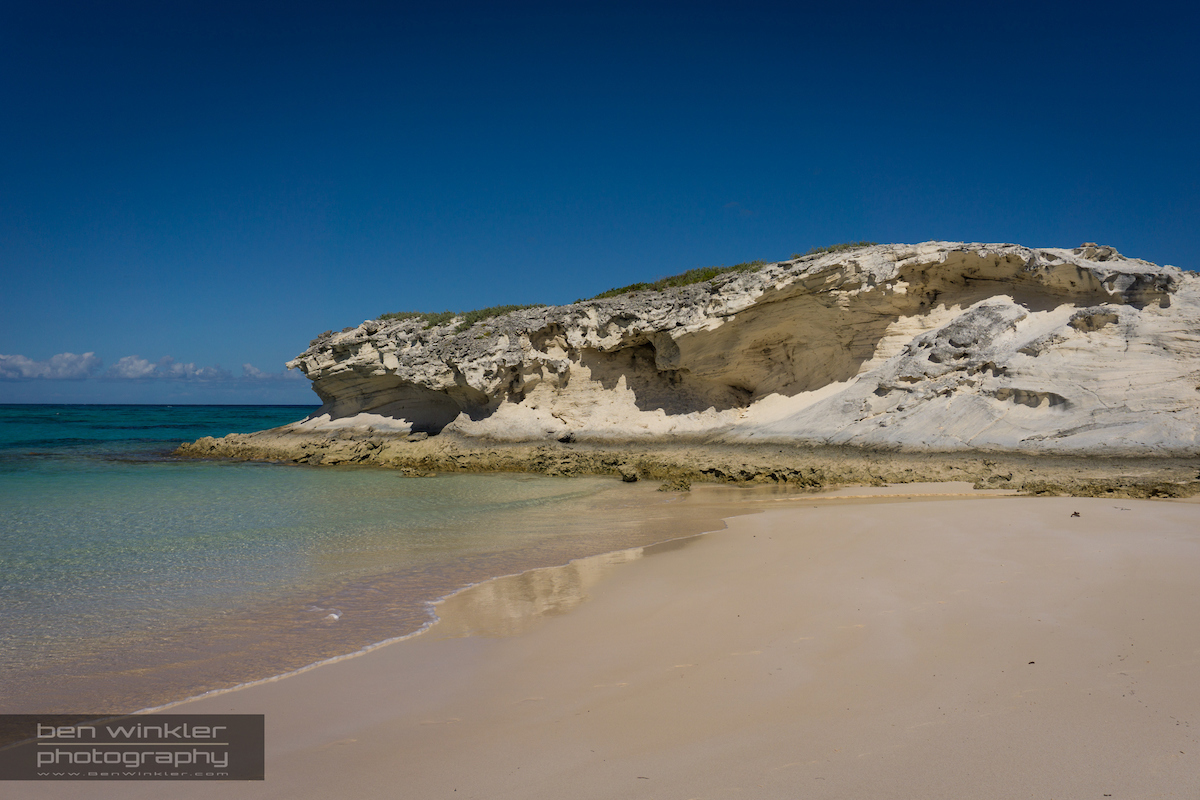 Conception Island is a recently baptised Bahamian land and sea park. It’s an island of rare beauty now protected from exploitation, a good and pure place to explore labyrinthine mangrove creeks animated with curious young turtles, to leave footprints on the pristine sands, and to reflect upon our findings with respect to Central Bahamas presumed First Landings. These I intend to take to Paris to put in final form and illustrate for the website with charts and photographs. For the present, there follow our immediate conclusions:

Admiral Morison’s route among the islands breaks down over the dimensions of Rum Cay which he names as Columbus’s second island. At the Admiral’s third island, Columbus’s description of the shore as all beaches and no rocks fails to match the forbidding ironshore of the northern part of Long Island. Morison’s harbour with two mouths behind Newton Cay pulls reality by the hair, and a perilous anchorage off a weather shore near Little Harbour suits ill the experienced mariner’s caution with which Columbus explored the Lucayan Islands. Finally, Admiral Morison’s route breaks down again when presenting the west coast of Crooked Island and Long Cay/Fortune Island as Columbus’s most beautiful single fourth island, Isabela.

Mr. Pickering begins with a sustained sour note in asserting that East and West Plana Cays are the well described single island where Columbus first landed, but he briefly redeems his competence with a careful reading of the Diario for a description of the second island and by accurately noting the conformity of the east and north coasts of Acklins and Crooked Islands with it. In pointing out this agreement between islands and text, Mr. Pickering justly adds elsewhere in his thesis that only one other configuration so aptly matches Columbus’s Diario: the Caicos Islands west of and facing Grand Turk, a rival but dismissed First Landing island. For Columbus’s third island, Mr. Pickering offers the southern part of Long Island with a first anchorage off a weather shore near Burrow’s Harbour, Long Island, a second off Little Harbour, Long Island (which, unlike Columbus’s description, offers sufficient depth for fifteenth-century ocean-going vessels), and a night sail off an only partially explored weather shore to a windward anchorage near Cape Verde, Long Island. As noted on 11 November, Mr. Pickering’s choice of Columbus’s fourth island is a worse match to the Diario than Admiral Morison’s.

Both these assertions are ill suited to Columbus’s Diario. They ignore entirely the record left by Fer-nández de Oviedo, Official Chronicler of the Spanish New World, which gives a detailed description of Columbus’s First Landing according to captain Hernán Perez Mateos, who met his first cousin, Martín Alonso Pinzón, when he brought his caravel Pinta into the Port of Bayona in Galicia, Spain, in March, 1493. Central Bahamas First Landing advocates endeavour to corroborate their hypotheses by referring to the signed and dated 1500 chart of Juan de La Cosa, which shows the names Guanahani and Someto ascribed to islands in the central Bahamas. Because of the mismatches between Columbus’s descriptions and real islands as above stated, I argue that La Cosa placed these names on his chart eight years after accompanying Columbus on his first transatlantic voyage (when he had no experience in chartmaking) by confusing Guanima, the Lucayan name for Cat Island, with Guanahani. Those seeking further discussion of these points are referred to my Grand Turk Landing Theory at this website. 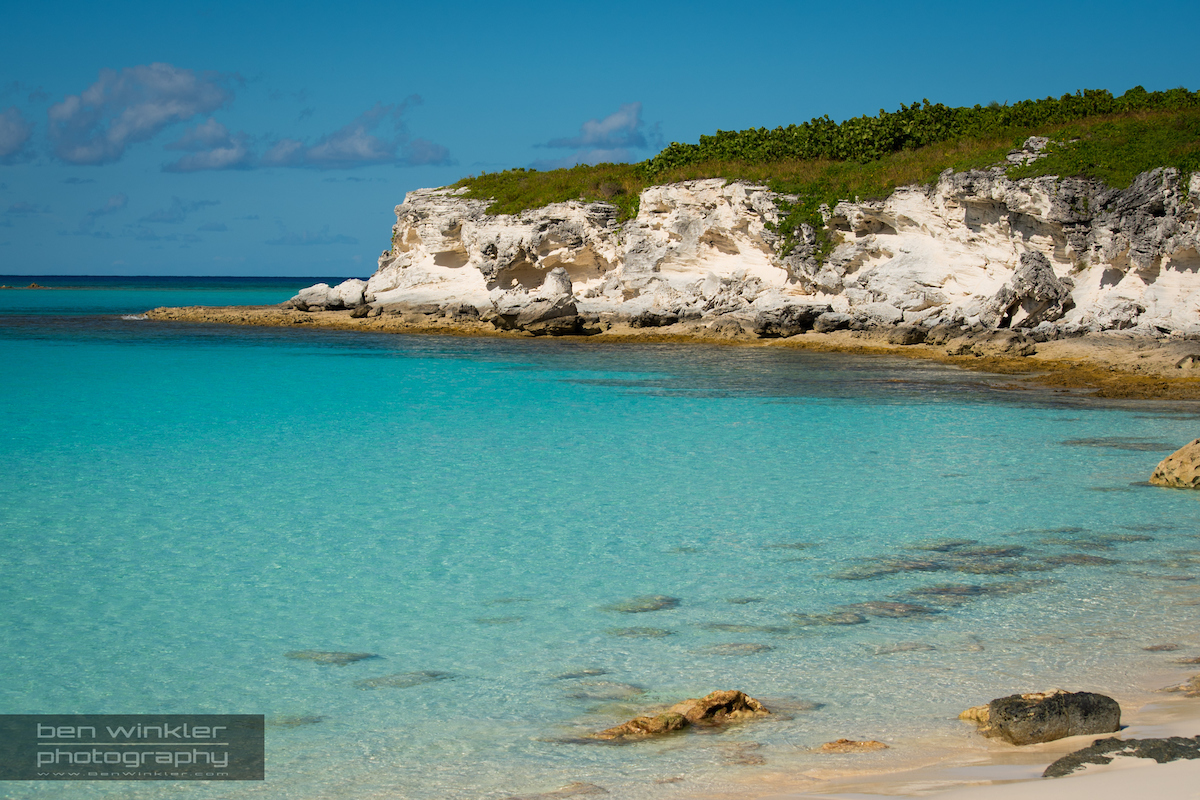 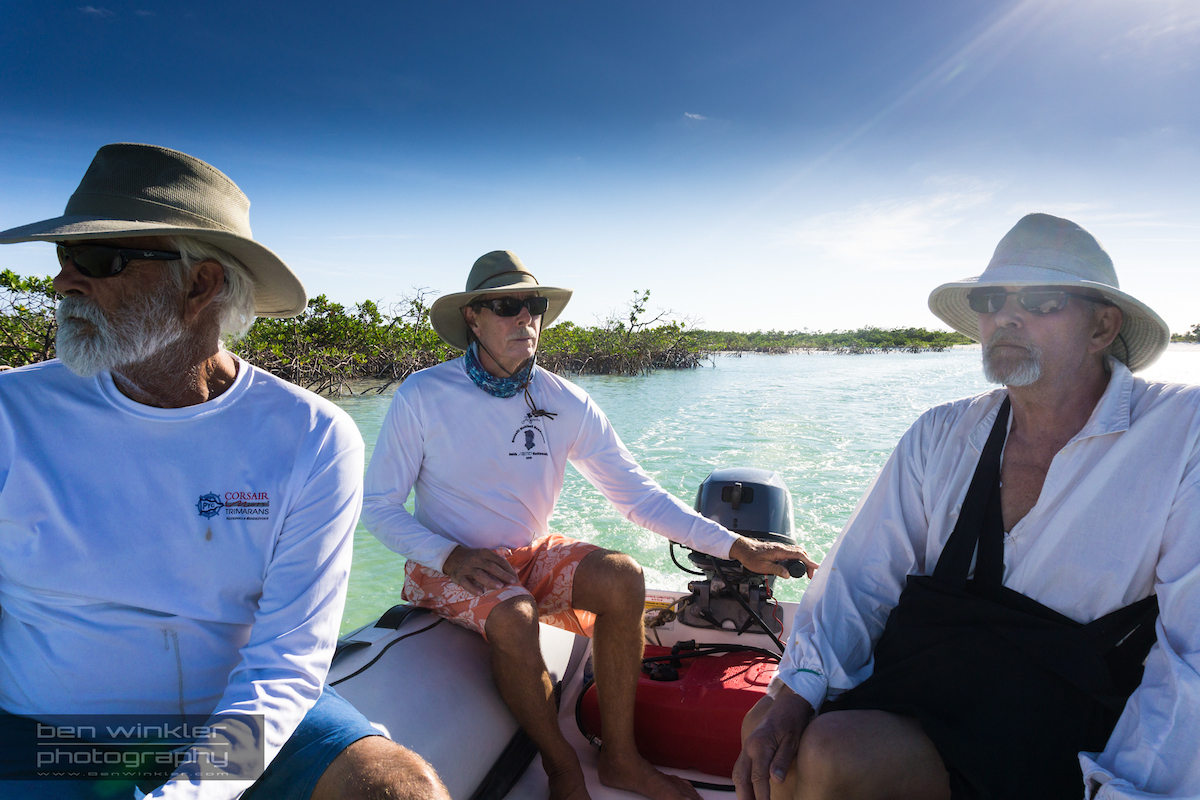 I must add that the magnitude of the inconsistency between text and reality when examining Admiral Morison’s second island assertion impels me to draw the following grammatical conclusion:

Admiral Morison believed that Columbus sailed west from the southwest point of Rum Cay to spend the night of 16 October hove-to off the modern settlement of Burnt Ground, Long Island. He asserts that the fleet hurriedly departed its anchorage near Sandy Point, Rum Cay because a southeast wind blowing toward shore put his ships in danger. Let’s examine this passage which is found on folio 11 verso, lines 14 and 15 of the Diario (my translation):

And because the wind was charging southeast toward shore, I did not wish to tarry and departed for the flagship,

I propose that in Spanish just as in English when one speaks of a wind with its direction following a verb, it means that the wind blows in that direction, and deduce that Columbus here records a northwest wind “charging” toward the southeast, perpendicular to the shore. Both Admiral Morison and Dr. Oliver Dunn, believing the fleet had navigated their unconformingly dimensioned Rum Cay, have mistranslated this short passage to accord with a Watlings/San Salvador first landing. Dr. Dunn footnotes thus his cited translation:

And because the wind increased and blew toward shore from the southeast,3

3. (11v14-15) El viento … sueste. Guillén Tato (1951, 123) defines traviesa as “perpendicular to the side of a ship.” Here, however, it must have been a wind blowing toward shore, su travesía, that made Columbus cut short his exploration of Santa María and return to the fleet. The direction of the wind from the southeast is evidence that Columbus’s anchorage was on the south side of the island. … [My use of green for emphasis]

On the next page of the Diario (12 recto, lines 9-11), Columbus refers again to this same wind (my translation):

And thus I departed when it was about the tenth hour with the wind [toward the] southeast, and it was touching south, in order to pass to this other Island.

The second mention of the wind follows the verb-preceding-direction formula, implying that the first mention should do the same. Dr. Dunn translates these lines to indicate that the wind was blowing from the southeast and shifting to blow from the south:

And so I departed when it was about the tenth hour, with the wind southeast and shifting to the south, in order to pass to this other island, … 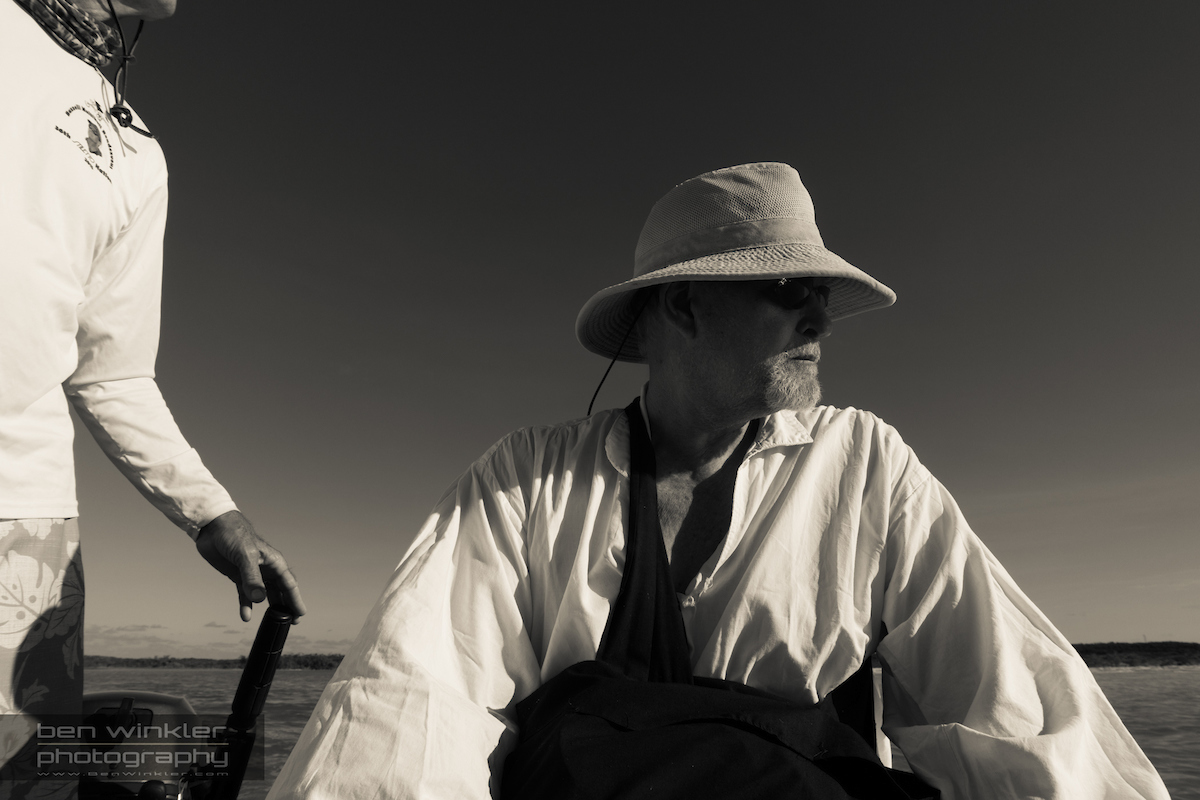 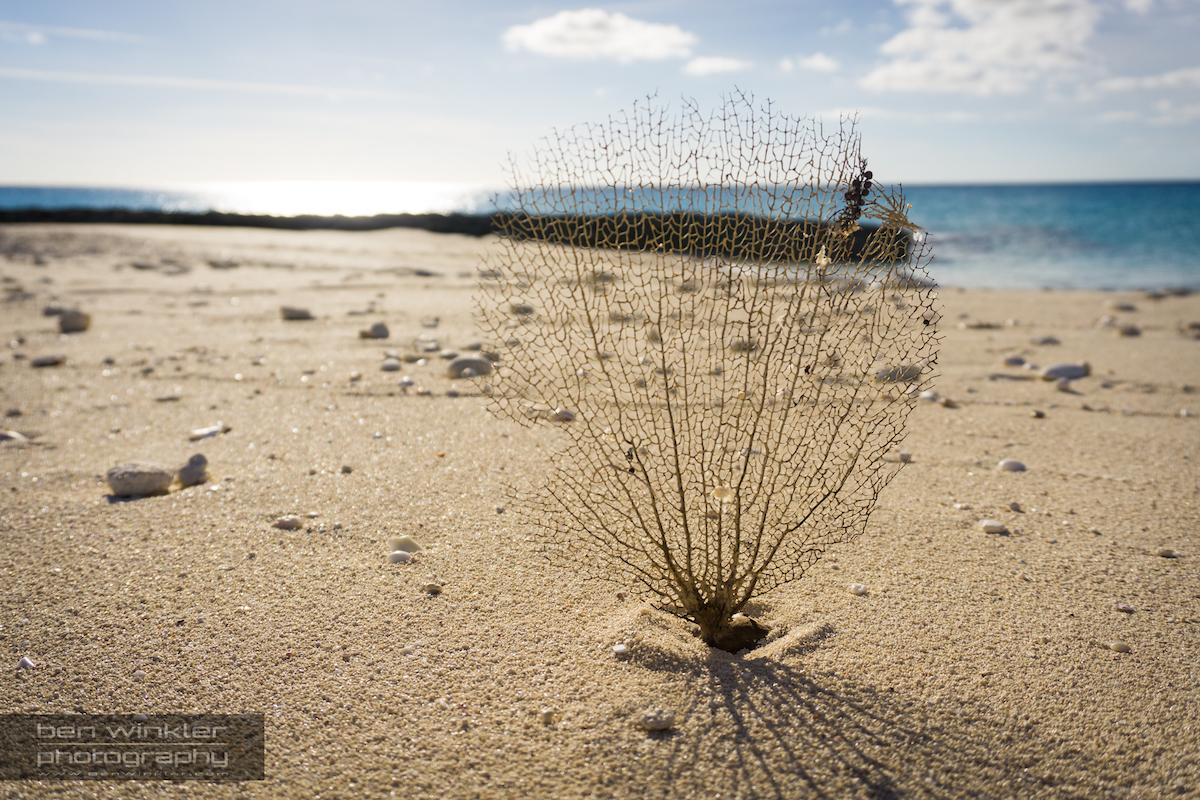