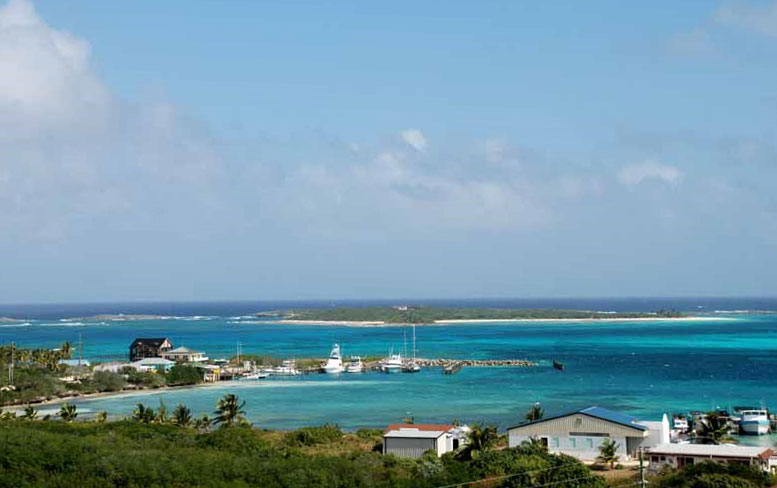 The mole looking east from an elevation above Clarence Town Harbour, Long Island.

Our departure from an excellent well-sheltered anchorage in Clarence Town Harbour was delayed by the necessity of moving vessels from the colourful Flying Fish fueling dock so that we could top up Destiny‘s diesel and gas tanks in preparation for visiting Crooked Island and Long Cay/Fortune Island. Once at sea, we found that the wind had obligingly abated and we sailed in comfort, this time in bright sunlight, the 12 miles to Little Harbour east of the settlement of Roses. 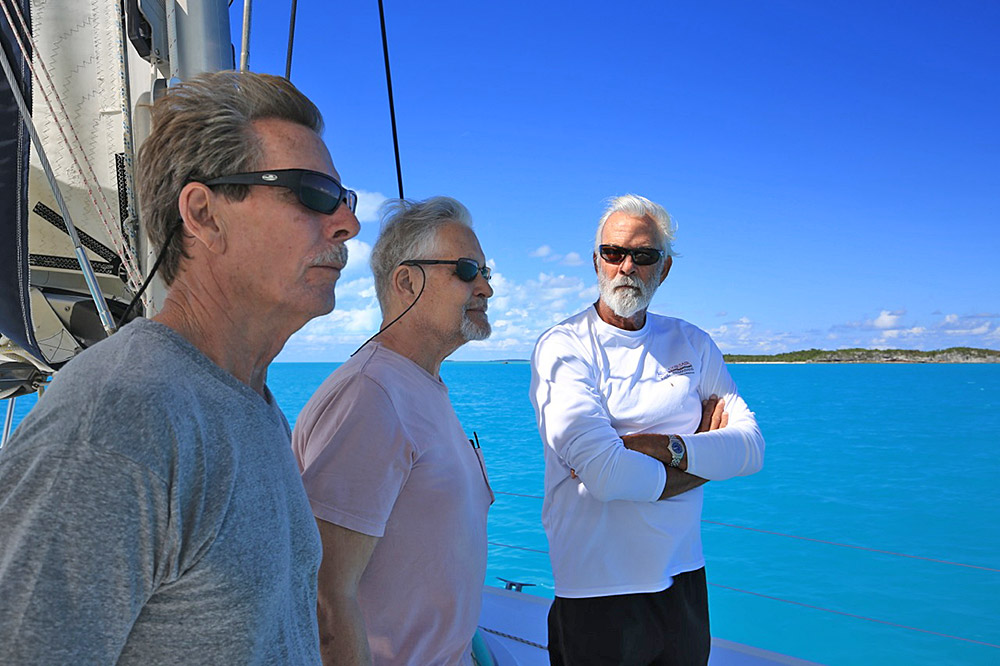 Little Harbour is an opalescent jewel set charmingly in the green surrounding bush with hardly any trace of a human presence. It is entered through a narrow passage between studded calcareous rocks drenched in white foam from breaking waves. This passage opens majestically into a figure-eight shaped enclosure on a north-south axis with an average depth of about 12 feet. Here we spent a tranquil night in shelter from the northeast wind and the surge of the sea. This is Mr. Pickering’s harbour with two mouths, visited on 17 October, but it fails to accord with Columbus’s description of having no depth. 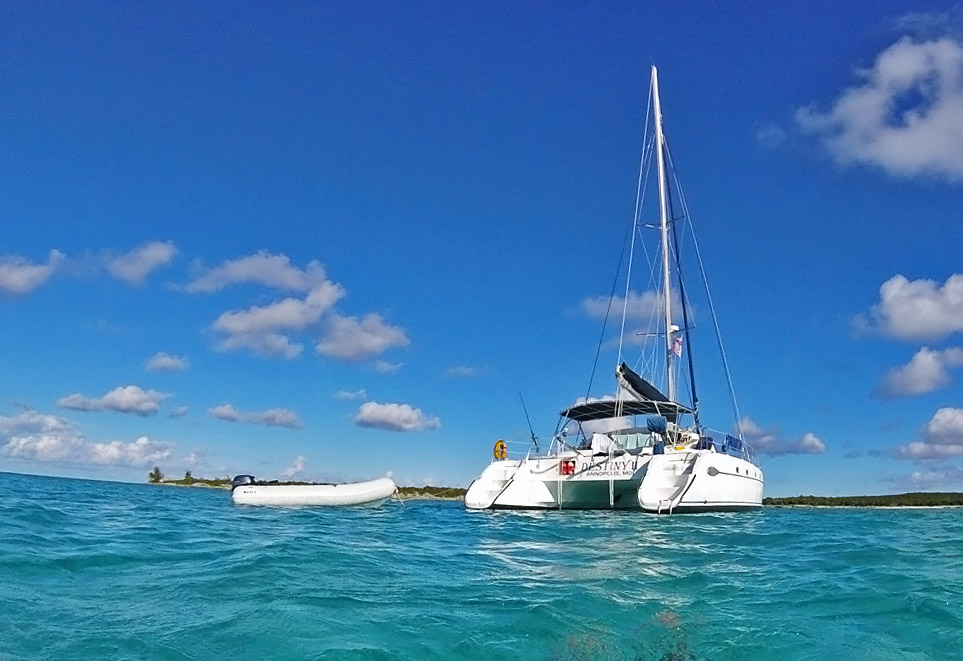 Once successful in entering this natural harbour, no fifteenth-century ocean-going vessel could depart it except with a rare westerly wind. Outside the narrow entrance there is a Columbus-suitable holding ground with an open roadstead, a sandy bottom, but a depth of about 70 feet. Admiral Morison has the fleet anchoring here the night of 18 October, but Mr. Pickering asserts it anchored here the afternoon of 17 October. Since Columbus records a north wind the morning of October 19, this anchorage presumed by Admiral Morison, in the opinions of our captains, would be certainly uncomfortable and even perilous. Mr. Pickering believes that Columbus anchored here the afternoon of the 17th following an earlier anchorage that morning farther south off Long Island. Columbus records that he reached this anchorage with the wind blowing from the southeast and south. With a depth of some 70 feet it would prove dangerous for any ship of the fleet if its anchor dragged, as the wind would blow it onto the jagged ironshore outside Little Harbour.

From Little Harbour, Mr. Pickering asserts that Columbus’s fleet sailed north-northwest to Clarence Town Harbour and thence at night south to the vicinity of Cabo Verde near the tip of Long Island to anchor the evening of 18 October. From this cape the morning of 19 October, Mr. Pickering believes Columbus ordered the fleet into a fan-like formation heading eastward toward the north end of Long Cay/Fortune Island in quest of the allegedly gold-rich fourth island, Samoet. Admiral Morison posits that the fleet departed the morning of 19 October from its anchorage outside Little Harbour heading toward the northwest cape of Crooked Island which, together with Long Cay/Fortune Island, he believed constituted Samoet.

Tomorrow, 9 November, we intend to examine these two assertions of Columbus’s fourth island which he named Isabela after his Queen. 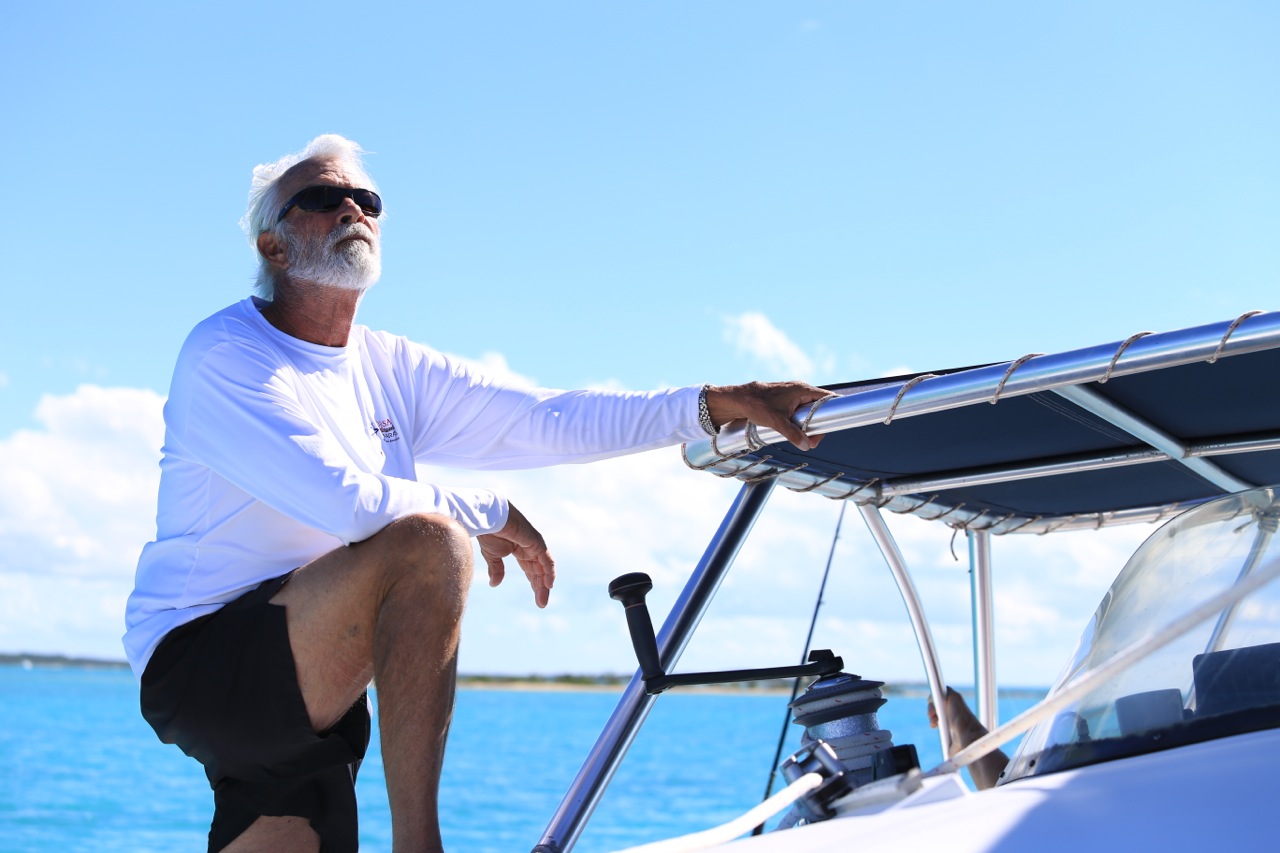 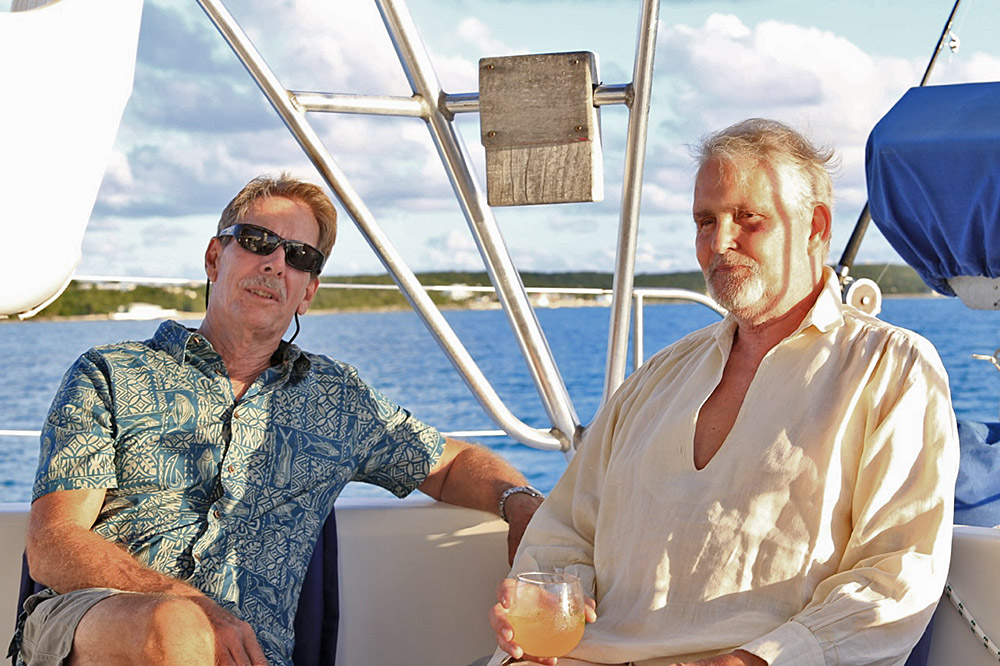 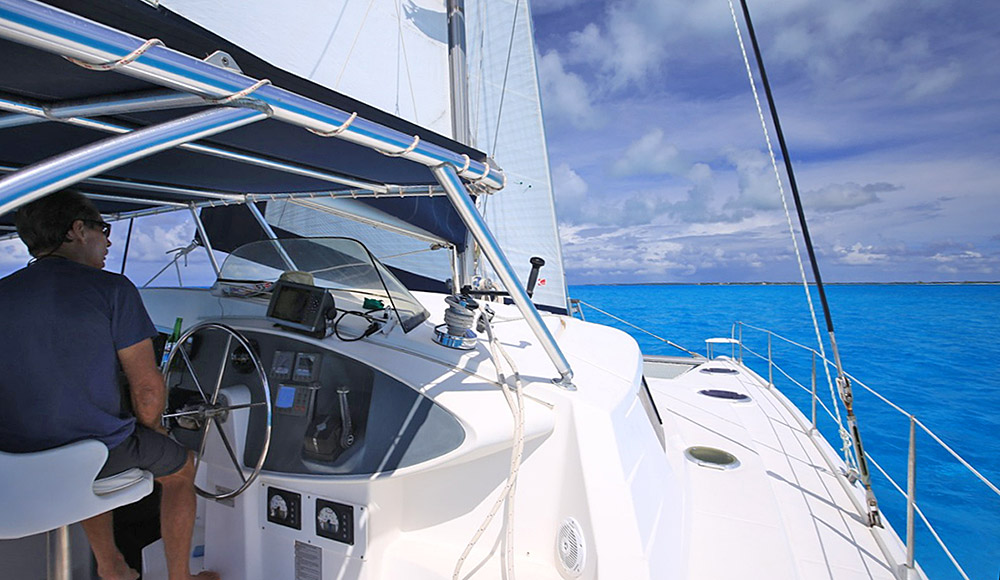