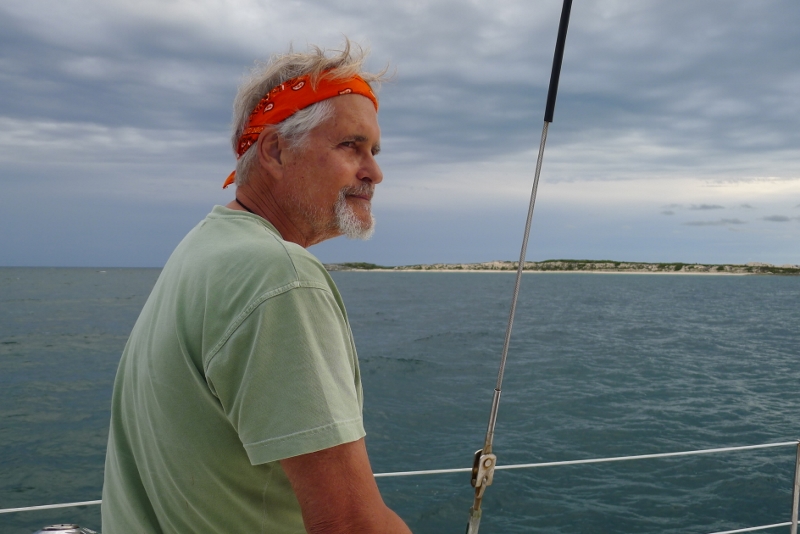 We began the day at two AM, with a light rain beating on the canopy of Destiny II anchored off Long Cay/ Fortune Island. We had moved to this island to seek shelter from squalls reported to be heading eastward from the Ragged Islands, our final destination of the 2015 Following Columbus Expedition.

The sky was uniformly grey with unbroken cloud from horizon to horizon. The sea was flat. The breeze had gone elsewhere. It seemed an inauspicious start to what we hoped would be a final, triumphant day. 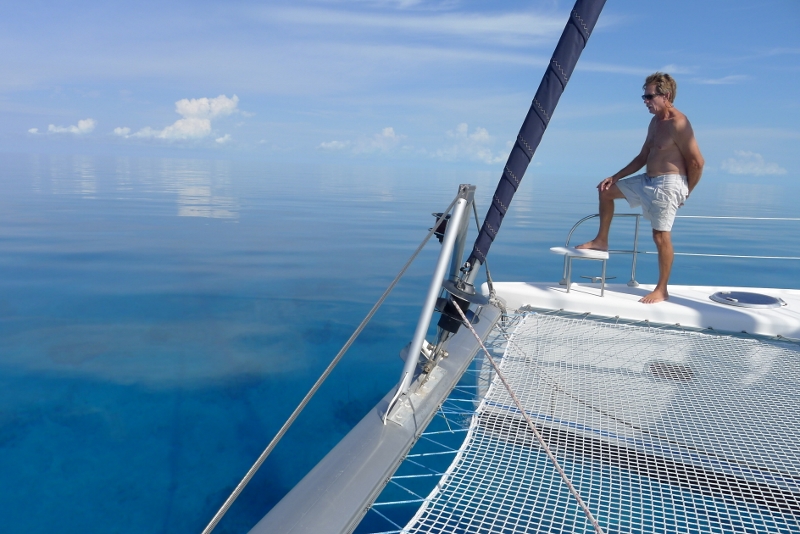 Without wind we were obliged to motor almost due west, as Columbus sailed after changing his course from west southwest to run with an easterly wind. The weather was moving east and we were lucky to avoid the squalls promised by the forecasters.

At about 3:30 in the afternoon, we spied land. It was, as always just a brush stroke on the horizon. We scrambled onto the foredeck and watched as the islands emerged from the sea in a ragged formation true to their name. Josiah Marvel, charts in hand, began to count as blips on the horizon became islands.

In his paraphrase of Columbus’s logbook for Thursday the 25th of October, 1492, Bartholomé de La Casas writes: “…they saw land and it was seven or eight islands all lengthwise from north to south – they were distant from them five leagues.” (Five leagues =thirteen miles.)

At this point before us lay, from north to south: Nurse Cay, Little Nurse Cay, Buena Vista Cay, Raccoon Cay, which is the highest, Johnson Cay, and a collection from Double Breasted Cay to Maycock Cay, Hog Cay, and the Ragged Islands themselves. This makes a total of eight, just as the log records.

After seeing them, Columbus presumably followed the directions of his Lucayan captives, and turned south toward Cuba. He spent the night of the 25th of October to the south of the islands, on shallows convenient for departure the next day for Cuba, which the Indians said was a journey of a day and a half in their dugouts.

We have now completed our re-creation of Columbus’s route among the Lucayan islands. We have applied knowledge of archaeology, Bahamian navigation and historic texts, and have demonstrated a practicable route which we believe was followed by Columbus among the islands.

As the sun sets over our anchorage hard by a Bahamian Salt Cay, we salute our captains Dave Calvert and Tim Ainley for their consummate skill in guiding Destiny II through these islands in the wake of the Admiral of the Ocean Sea.