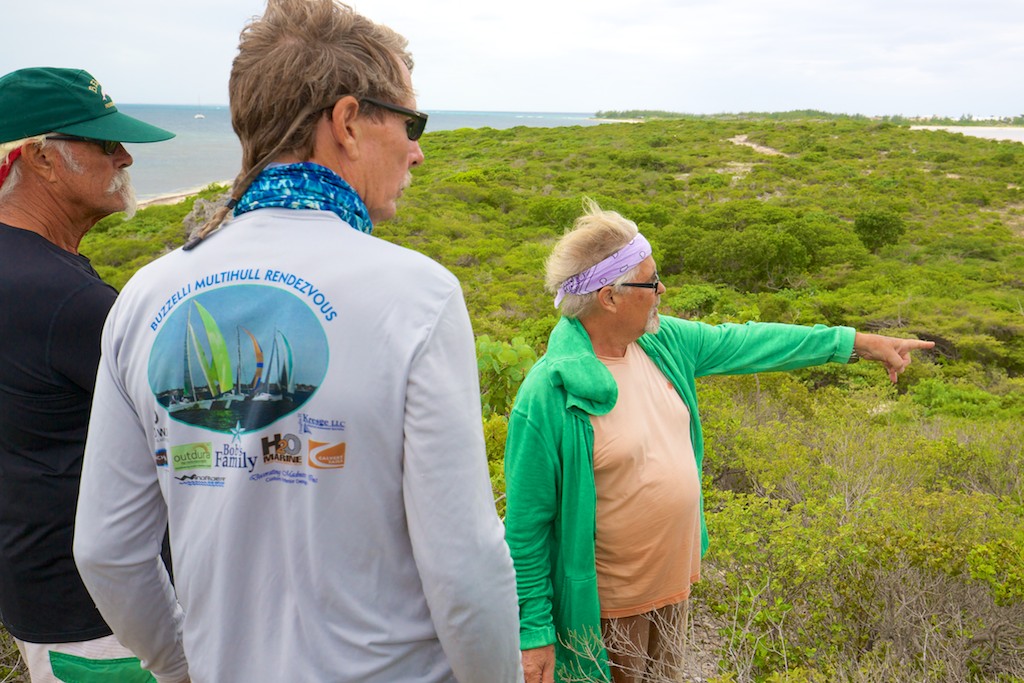 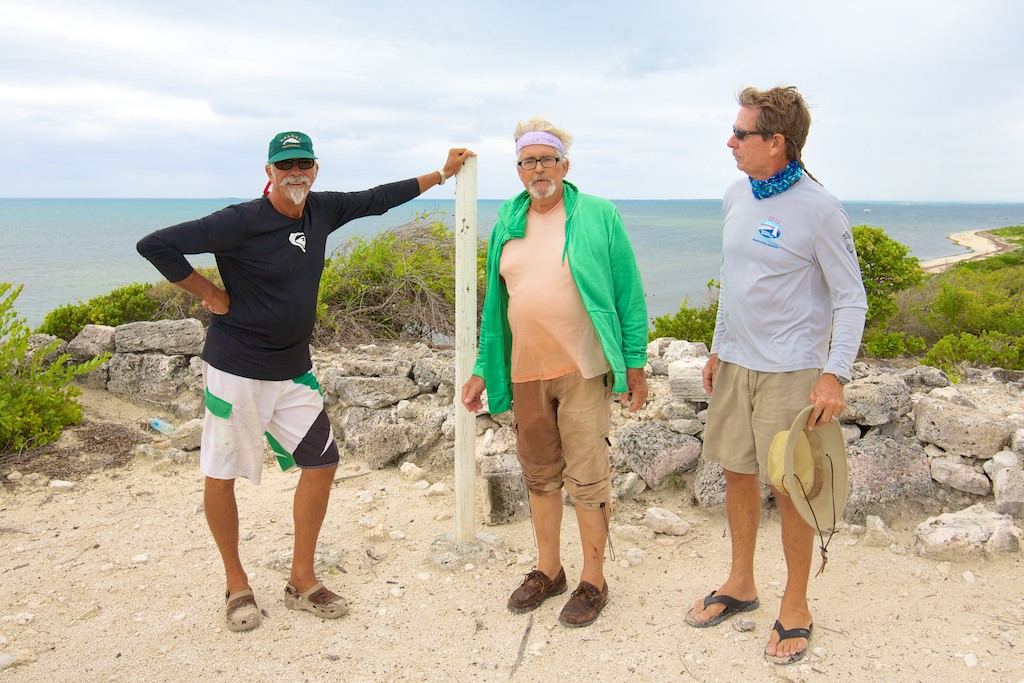 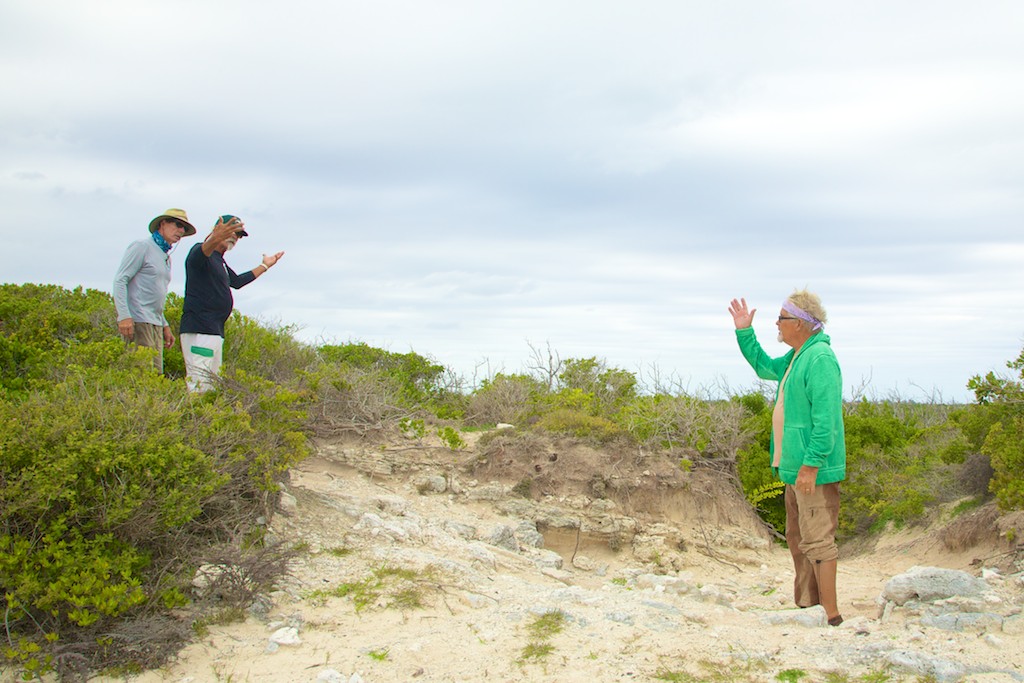 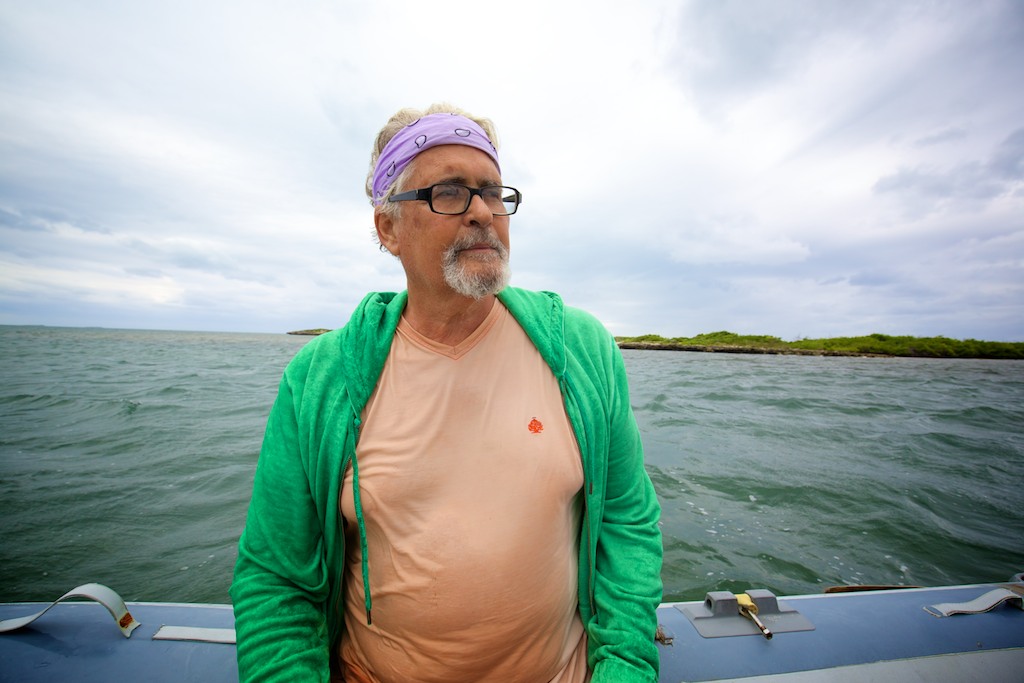 This morning we explored the western edge of the anchorage by Zodiac and were impressed with seeing the rocky ridge rising precipitously from the sea to the ruins of the small cannon emplacement Colonel Murray had constructed in the 1790’s. The southern end of this ridge terminates abruptly by the edge of the southern branch of Grand Turk’s South Creek. This offers the possibility of creating a communication between South Creek and the sea through low sandy soil. This conforms with Columbus’s remark that a place suitable for building a fort overlooking an anchorage large enough for all the ships of Christendom could be separated into an island by men digging for two days. We also identified an apparently undisturbed place for a future archaeological survey to seek evidence of the six Lucian houses Columbus described. 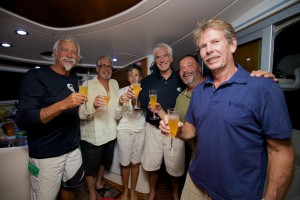 Tonight we have the honor of receiving Governor and Mrs Beckingham aboard Destiny for a moonlight aperitif.
Tomorrow we cross the Columbus Passage to explore the Caicos Islands as recorded before 1523 by Fernandez de Oviedo.