Hogsty Reef is an atoll open to the west rather like a horseshoe heading east. Its northwest and southwest ends are punctuated with sand cays each bearing a low cover of green vegetation. The larger northwest cay supports low bushes and is recognised from a distance by a well-built stone tower shaped like a Buddhist stupa. Next to it are the remains of an extinct solar-powered light on a rusting iron column, which has long ceased to serve as a warning for mariners near this veritable ships’ graveyard.

In exploring the northwest cay yesterday, we noted the decaying remains of three small iron-hulled vessels in addition to two spectacular tramp steamer wrecks on the protecting reef to the east.
We also found a small quantity of beautiful Bahama shells and photographed a recent nest where a large sea turtle had laboriously clambered up from the surf, dug a pit, laid her eggs, covered them carefully with sand and weed, and departed for the sea by a different route. 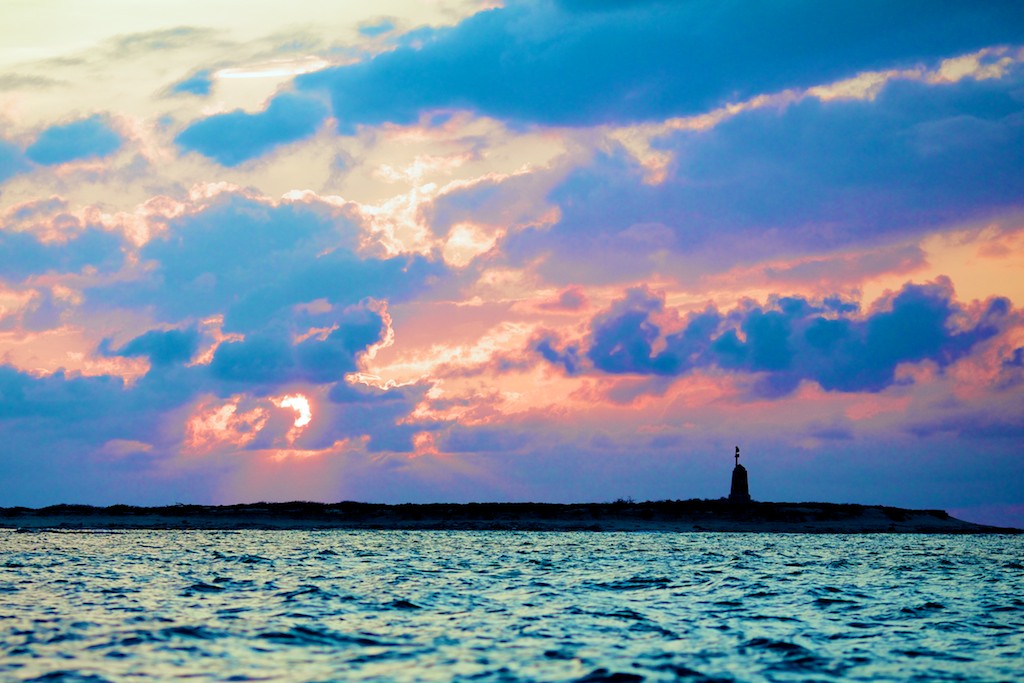 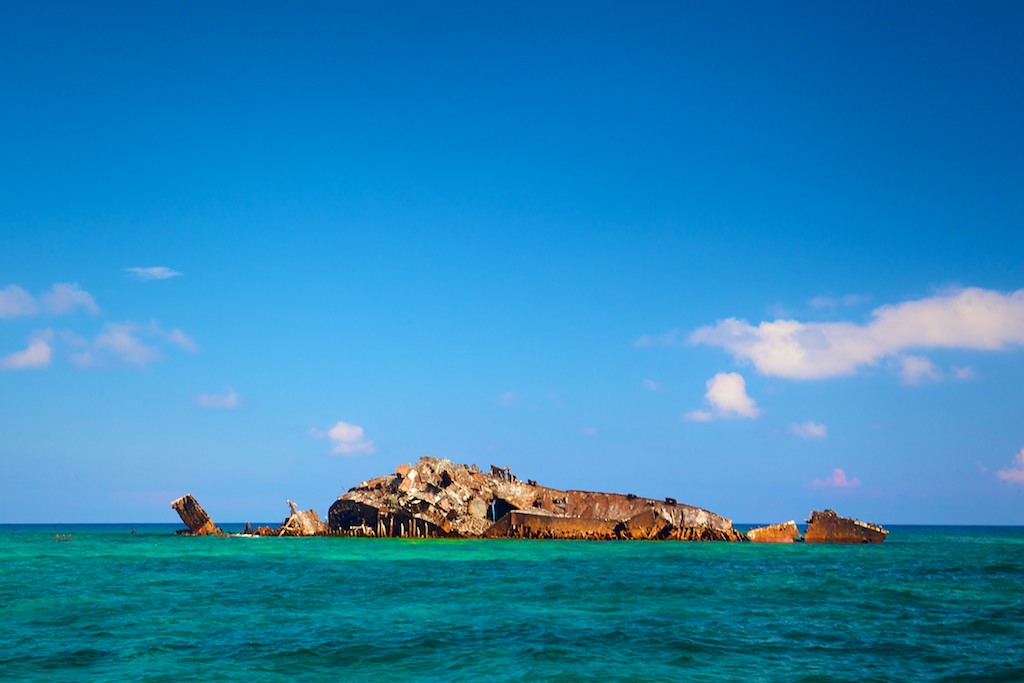 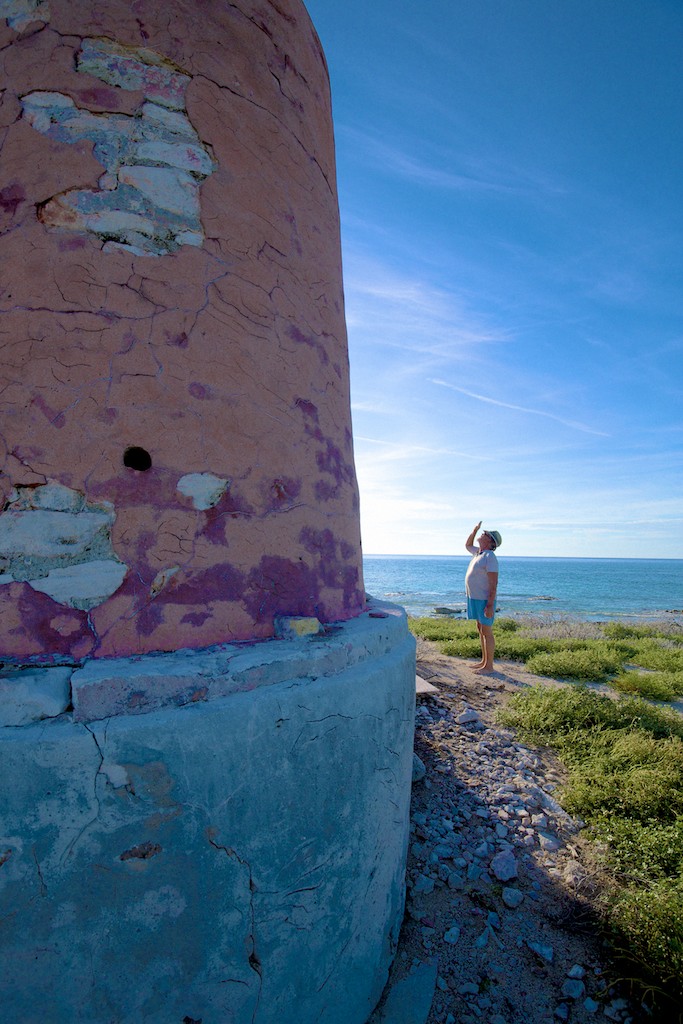 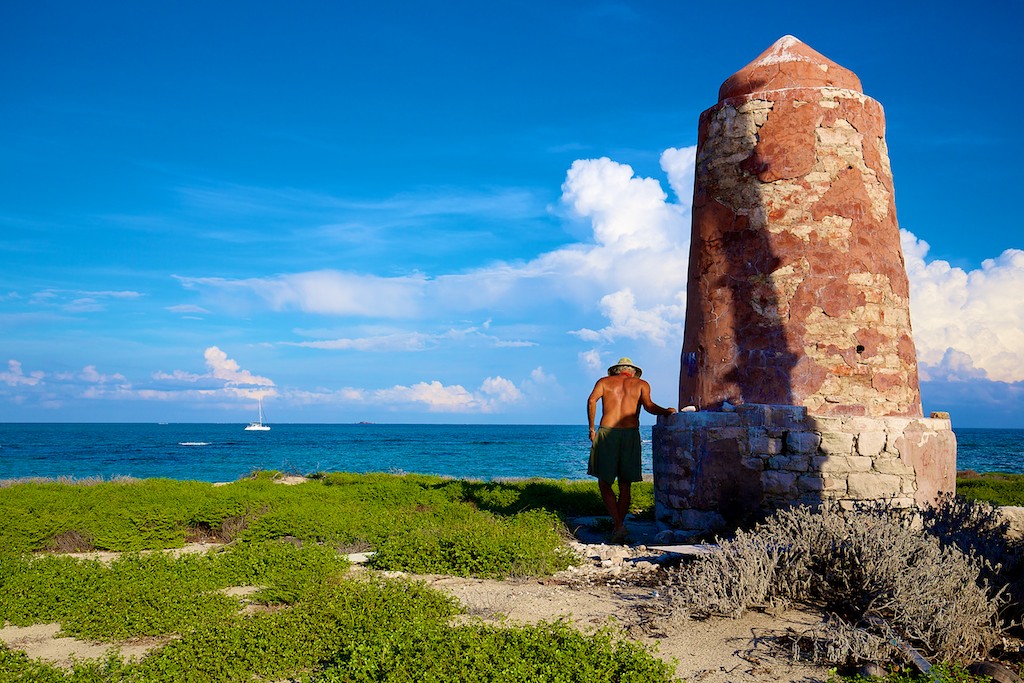 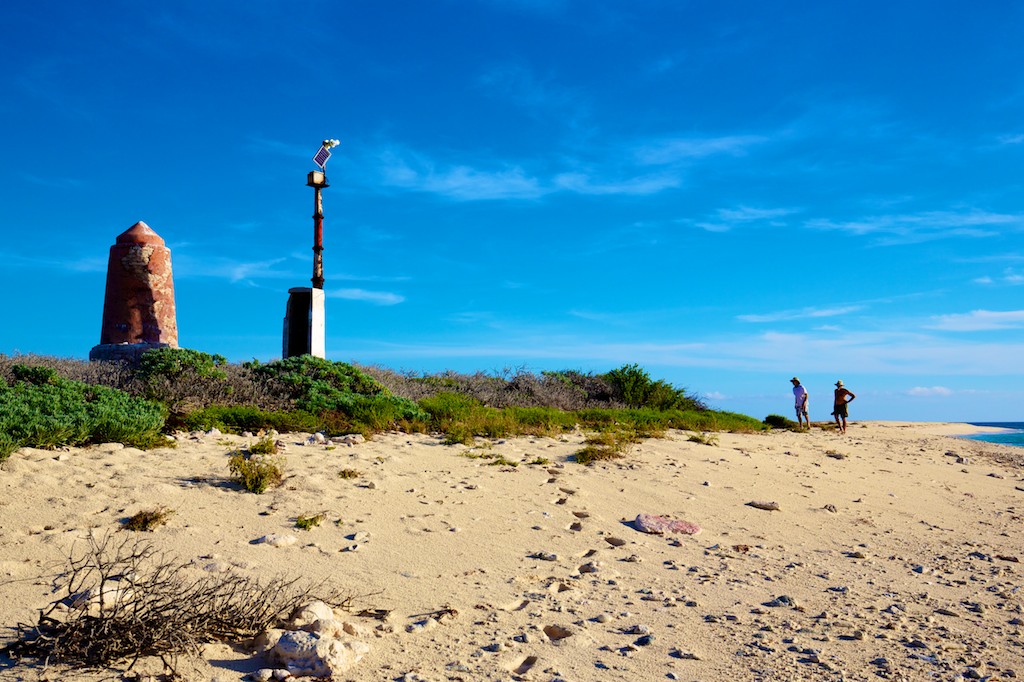 The southwest cay, much smaller than its neighbor to the north, is covered with succulent shrubs quite different from the bush on the northwest cay. We spotted the remains of a sixth shipwreck on the seaward side of the reef running to the east. From having explored this surreal atoll resembling a floating opalescent turquoise jewel in the midst of open bottomless water, we conclude that the most likely anchorage for Columbus experiencing an easterly wind would have been the chart-recommended holding ground just west of the northwest cay. This place is well protected from the swell of the sea by the reef lying to the east and offers a clear sandy bottom. For an explorer intent on finding gold, it’s easy to
sense the contempt with which Columbus summarily mentions this late anchorage before nightfall of 18 October.