Up at 6 AM, disappointed to find the wind blowing from the northwest contrary to forecasts and opposed to where we wished to go. Had we time, this northwest wind would have been good for tracing
Columbus’s V-shaped deployment of his fleet to find Saometo/Isabela on 19 October. But, alas, we must press on. Around noon we steered toward the white lighthouse on the south end of Castle Island, just south of the tip of Acklins Island. As we approached the lighthouse end of this island, two things struck us. The first is that, from the sea, Castle Island gives the appearance of being an extremity of Acklins which runs up toward the north bending to the east. The second thing is that at a distance of five miles (two Columbus leagues), the island’s green topping of
fairly high trees is readily visible. We’ve now supporting evidence for interpreting the expression me quedava in the attached translation. So here is what we’re persuaded happened during Columbus’s navigation of Wednesday 24 October: 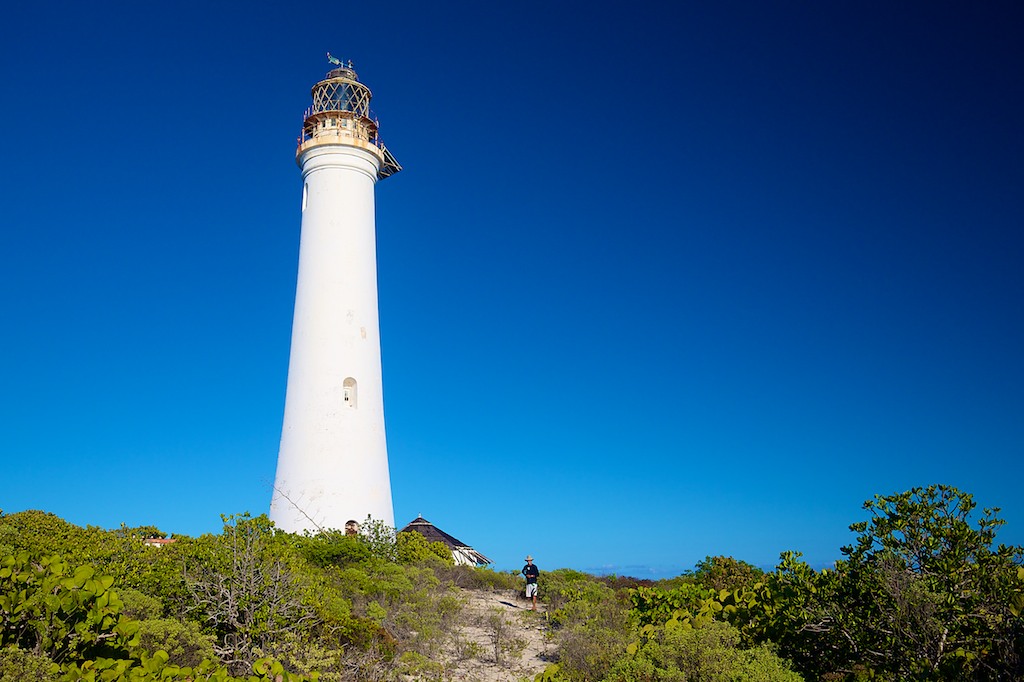 At midnight of this day and night, with an awaited easterly wind, he set sail for Cuba, navigating to the west-southwest from the north point of Great Inagua (his Cabo del Isleo) until dawn. At this point the wind calmed and it rained as it had during much of the night. After midday the wind blew again “very loving,” veering clockwise most likely from the southeast to the southwest. This would make it impossible to continue navigating to the west-southwest. We conclude that Columbus headed to the northwest following the wind, bringing him late on the 25th off the end of Castle Island, close enough to remark its verdant tree cover and in consequence to name it Cabo Verde. Continuing to the northwest Columbus records that when it grew dark he was lying off the Green Cape “of the Island Fernandina which is on the south side of the west part” to the northwest at a distance of seven leagues (almost 19 miles). 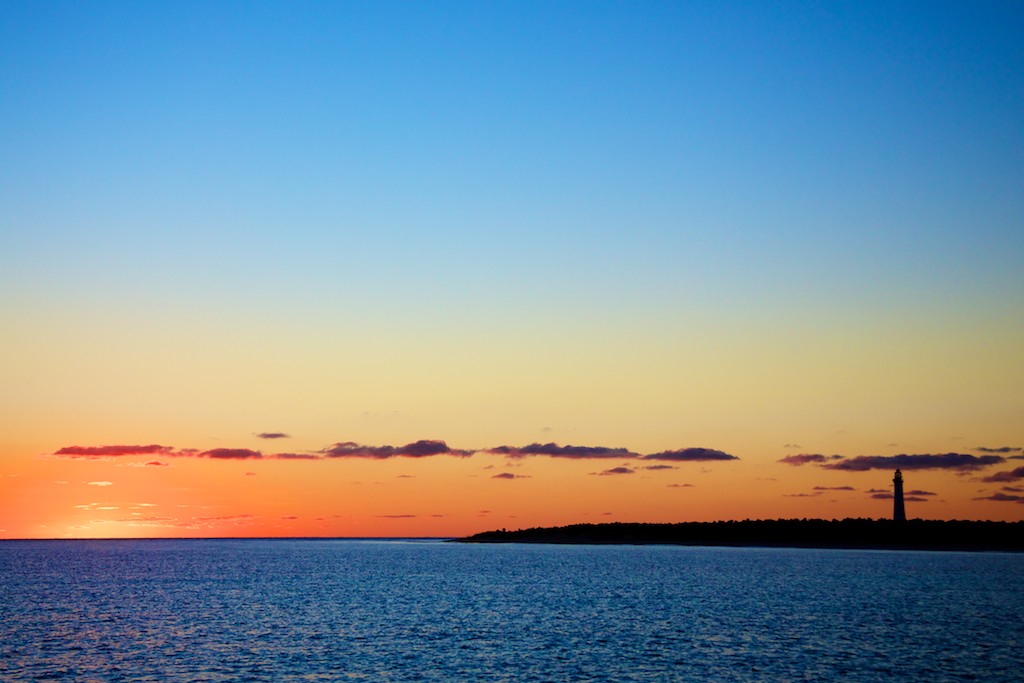 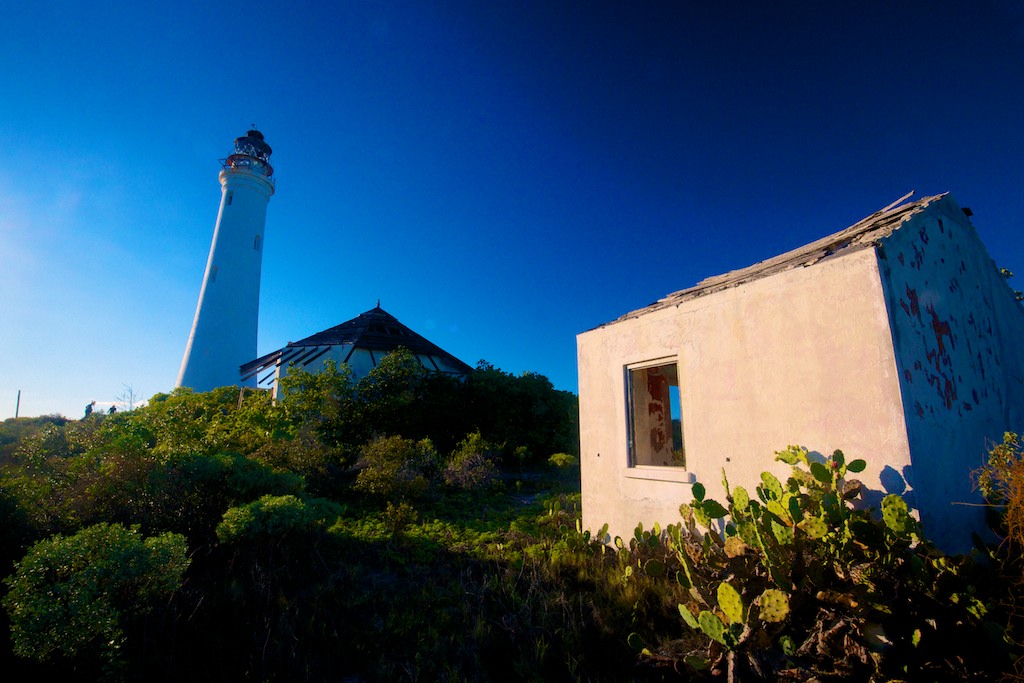 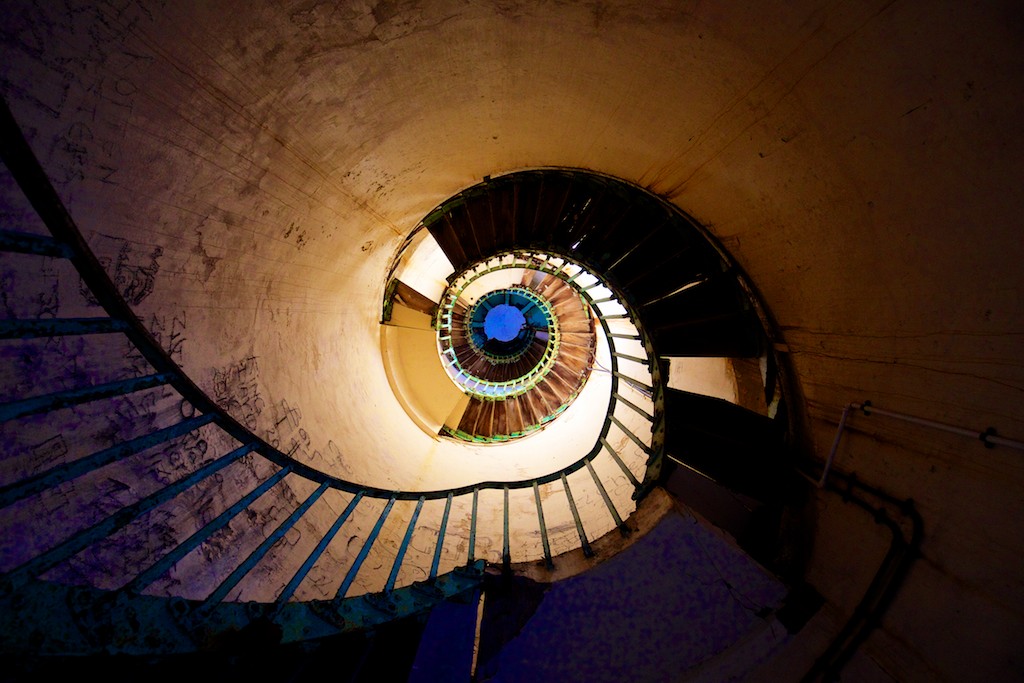 This location is about 55 miles distant from the Ragged Islands following the estimated distances and recorded bearings in Columbus’s Diario, he most probably benefitting from a northerly wind clocking round to the east as it does in these waters following passage of a cold front. For further information on this reconstruction, the interested reader is referred to our website’s Grand Turk landfall theory. Today our wind continued to blow from the northwest. The forecast has suggested that it will persist all morning, veering to blow from the north towards evening. These adverse winds have obliged us to consume more diesel than anticipated. Accordingly, we’ve reluctantly taken the decision to skip exploring the undisputed anchorage south of the Ragged Islands and navigate to Clarence Town on Long Island to refuel. This afternoon the north wind has obliged us to tuck into a protected anchorage on Castle Island, after which we made an evening exploration of its southern part and its magnificent blinded and neglected Victorian lighthouse. Among the beach debris encountered, we found a sealed bottle containing a barely legible message from an artist in New York City!