"It’s extraordinary," says Josiah Marvel, "to think that this is what Columbus would have seen."

We’re standing at the bow of Destiny II, peering at the sandy southern shoreline of Mayaguana as Captains David Calvert and Tim Ainley navigate eastwards past wat we believe are Columbus’s third and fourth anchorage toward the cut in the reef to ancho in protection from wind and sea at Booby Cay.

The 2015 Following Columbus Expedition is under way. The first objective is before us. Once anchored, we land with archaeologist Dr Shaun Sullivan on Booby Cay for our first search for evidence of Lucayan occupation of that island. Within minutes we find a conch shell bearing he small circular hole typical of Lucayan technique of knocking conch. 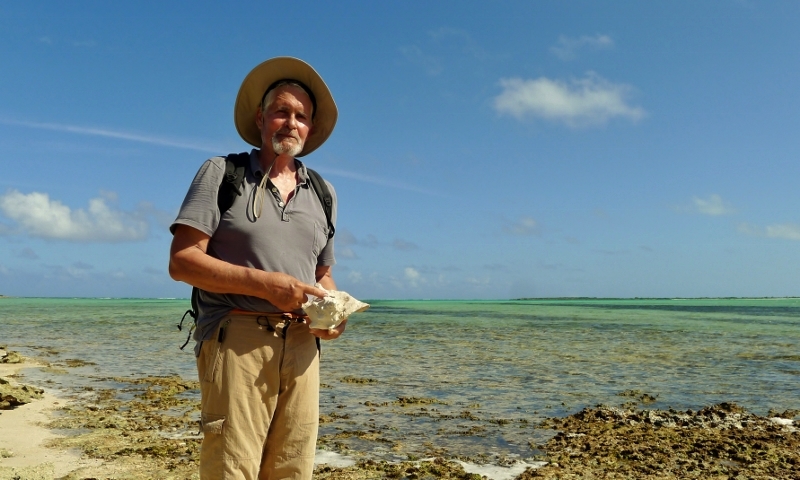 "This is an indicator of a Lucayan presence," says Sullivan.

Within the next two days we explore approximately eight miles of shoreline with occasional sallies into the interior where the abundant vegitation permits. While there is more evidence of a Lucayan presence, here is none so far of permanent settlement. Sullivan intends to explore thee promising sites along the southern coast which meet the criterion for Lucayan settlement, locations that offer different opportunities for agriculture and fishing. An adverse south east wind dos not permit us to anchor along this shore in security. 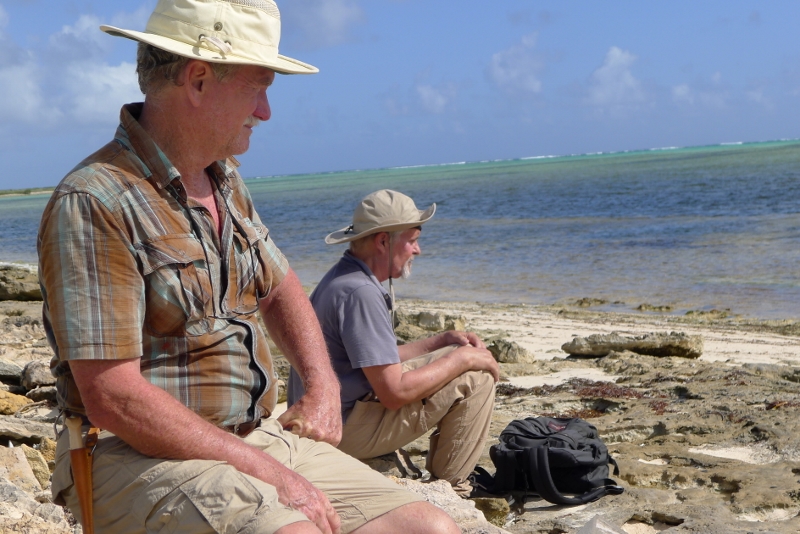 At 3 am on the Monday morning of December 7th, the expedition divides with Captain Tim coming aboard Destiny to take the place of Dr Sullivan, who returns to Provo with Captain Nik Haight on Beluga. These stalwart mariners tacked against the wind to reach home port on Provo in time for a dinner. Destiny, meanwhile, enjoyed an epic 90 miles sail on a broad reach to the north west of Great Inagua, where we believe Columbus made his sixth anchorage.

Today we seek the green Inaguan Bahaman parrot. Flocks of green parrots astonished Columbus by “obscuring the sun” during his visit in 1492.